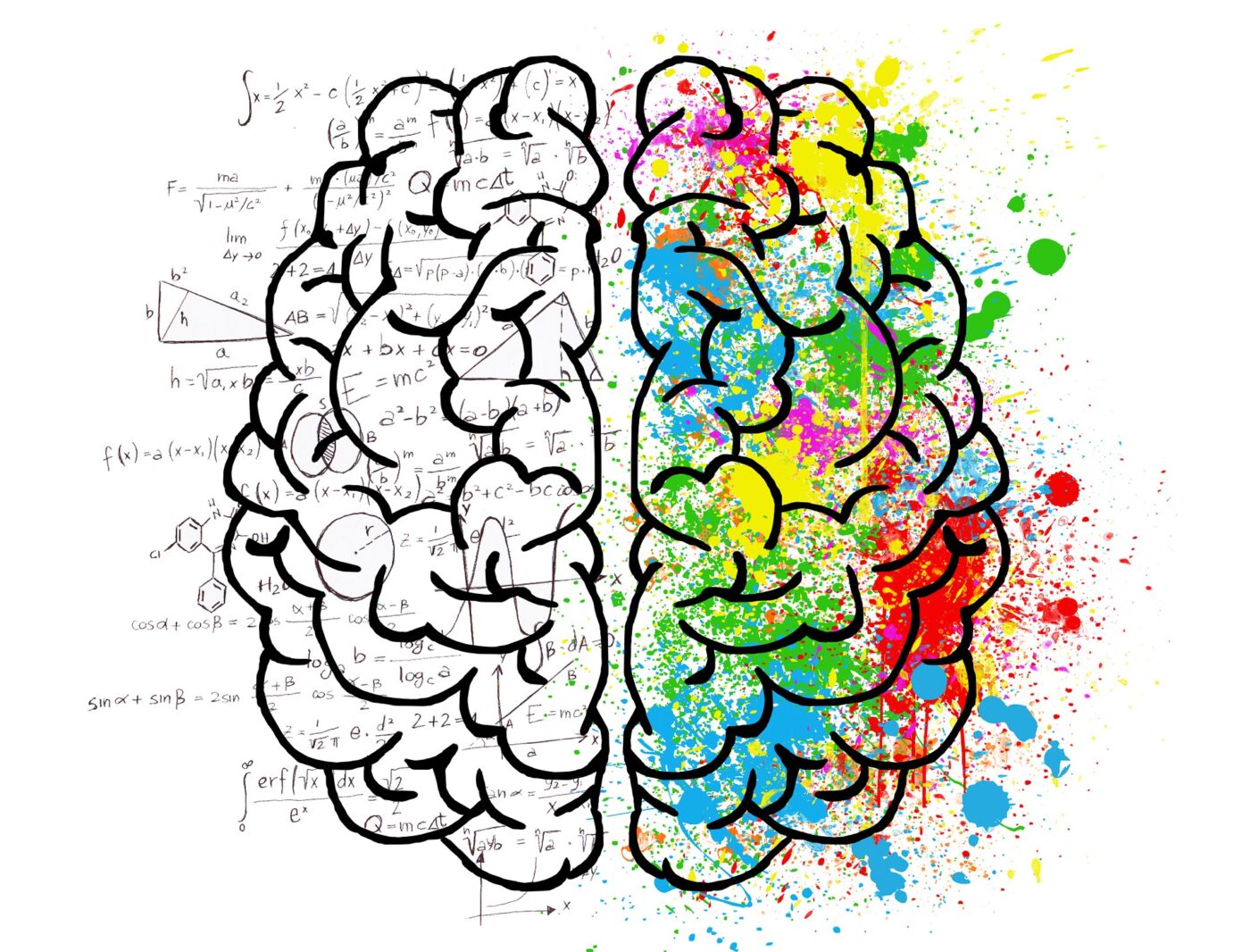 Out of the many doubts that usually arise from the contemporary understanding of science, the hypothesis that the behaviour of the universe’s most fundamental particles is in fact governed by mere probability is perhaps one of the both most intriguing and most unsettling ones. The very existence of science as a human drive showcases our never-ending strive for knowledge and certainty and is thus a quest for having a general advantage in life thanks to this. Accordingly, the fact that modern physics is shifting away from the perfectly predictable classical mechanics and embracing new means to nevertheless reach the same goal can catch many out of guard. On one hand, Newton’s equations are still applicable in our order of magnitude and are now more than ever used for all kinds of contraptions and constructions on our planet and beyond. On the other hand, smaller particles are proven empirically, for example through the double-slit experiment, to behave differently and physicists have therefore developed a new set of laws and principles to predict them. However, the undermining difference between these two distinct sets of rules is that while the former is capable of predicting physical states exactly when given enough data, the latter only outputs a probability of the value in question. As a consequence, the unwinding philosophical problem is whether it is concievable that, as H. Reichenbach wrote, “the causal structure of the physical world is thus replaced by relationships of probability”, whether something as undetermined as probability can really be the at the core of reality, which by definition is determined.

In order to prove that it is in fact possible that reality is articulated by mere probability, I will proceed as follows: after not only showing that causality is a mere postulate of reality, I will demonstrate that it possibly also constitutes a mere construct of the human process of thought and understanding. Afterwards, I will also point out how the infinite precision of reality makes scientifically predicting an outcome of one of its processes already a matter of probability.

First and foremost, the principle of causality, or an “if – then always relationship” as H. Reichenbach put it, which lies at the foundation of science, can ultimately only be regarded as a mere postulate. In fact, although we empirically have never experienced otherwise even once, it cannot be demonstrated that this relationship might at some point cease to exist and some or all laws of physics with it. The simple fact that the future needs to be predicted in the first place highlights an underlying uncertainty in it which case by case, so far, has been proven false by mere empirical evidence of those who accompanied the physical phenomenon through time in order to observe the outcome. Causality manifests itself through the straight line of time in a constant direction: from the past to the future. The very existence of a future only reachable after the past makes it impossible to experience and thus know them at the same time, undermining the certainty of a relationship of causality between the two, resulting that we can only trace a relationship of correlation between two phenomena hypothised to be caused one by the other. Thus, causality cannot be proven and only be hoped to be true in the way that the word ‘postulate’ literally suggests, hoping it to be true.

What follows from the notion that causality is a postulate and not a principle of reality, and therefore something merely nourished by hope for it to be true and consistent, is that this hope stems from a thinking subject, the human itself. The certainty with which we reach conclusions by adapting singular empirical evidences into an “if – then always” structure is for sure a quite practical approach, yet it is false to assume that reality in itself behaves in the same way. One can, in fact, not rule out the possibility that causality is a mere construct of the human way of thinking and comprehending reality, for the reason that it is a human postulate in the first place. In other words, the uncertainty evoked by it being a postulate might not be rooted in the outside world in itself but in the observer’s limited capacity to comprehend it. The philosopher Immanuel Kant expressed a similar idea in regards and used the following analogy to strengthen his argument: in the same way in which a liquid in itself doesn’t have an intrinsic shape, taking instead up the shape of its container, reality is not outfitted with a shape in its own right, relying instead on the perceiver’s ability to sort elements of it into determined packages of information, constructs, in order to be comprehended and studied. Thus, although we can empirically prove that causality has lead to meaningful conclusions so far, this never-ending doubt on this principle might not be rooted in a discrepancy between how reality has evolved so far and how reality might evolve in the future, but instead in a discrepancy between reality in itself and how it is comprehended by humans. The outside world might evolve independently from the observer and still be forced into a relationship of causality by them. Even though the physical laws based on probability might possibly be overwritten by more precise equations outputting certain values in the future, one could still not exclude that reality in itself wouldn’t follow them for this reason and neither so the possibility that it doesn’t depend on any at all.

Furthermore, in order to familiarise even more with applying the concept of probability to reality, one should note that the infinite and immeasurable precision of reality makes it already impossible to predict the outcome of a phenomenon with the same amount of precision, thus making science already unpredictable in its own right. Provided that one accepts the uncertainty of reality outlined in the previous paragraph for the sake of practicality, one can freely measure reality with the precision and error that technology can supply. For instance, while a cooking scale usually has an uncertainty of a gramme, a scale built for tasks necessitating a higher degree of precision will have an error of much smaller magnitude, such as a hundredth of a gramme. Any instrument of measurement aiming at an even higher precision will not only be more complex to fabricate, but it will display more and more information. For this reason there could never be an infinitely precise tool of measurement as infinite amounts of information simply cannot be displayed in any way possible. What follows is that even if reality corresponded to our perception and measurement of it, it would still be impossible to fully comprehend it through the assumed relationship of causality between the measurement and the corresponding external reality, for the fact that reality seems to be infinitely accentuated and precise unless this is disproven in the future. Consequentially, even when applying science the margin of error in a measurement cannot be determined and is thus as uncertain as the equations proposed by modern, the probabilistic component of which many still struggle to fully grasp.

A well-known counterargument to the probabilistic or even chaotic and ultimately undeterministic view of nature is Albert Einstein’s famous quote “Gott würfelt nicht!”, translating to “God doesn’t roll dices!”. The subtext of this exclamation doesn’t only suggest that reality cannot possibly be directed as a mere game of chance. Rather, it also implies that the outcome of an event sorted out by probability, such as the dice’s side facing up, is still in the end dependant on the action of rolling the dice itself. In other words, even a probabilistic event must have a cause for it to be initiated, thus reinstating the validity of the “if – then always” relationship nitting reality together. However, this argument doesn’t affect my thesis for two reasons. Firstly, it presumes that the uniform directionality of time, i.e. the fact that time always flows in one direction, from the past to the future, is a unilaterally applicable concept, even to reality itself. In fact, from the conclusion of my second main argument it becomes clear that one cannot rule out the possibility that reality itself can only be comprehended through the use of our constructs of thought. As a result, it is impossible to exclude that the uniformity or even the existence of time is a mere construct of our way of understanding the outside world. Secondly, one must distinguish between the assumed causal relationship incurring between two observed phenomena and the causal relationship between two probabilistic events that follow one another through time. If the real existence of time is thus presumed and a causality between a probabilistic event and its initiation, for example the act of rolling the dices, is established, this very relationship pertains only to the two events themselves, not their outcomes. There is, therefore, no causality between the act of throwing the dices and the outcome of the experiment, only between the act of throwing them and the fact that a probabilistic and indeterminable result is generated. For this reason this counterargument doesn’t affect the validity of the three main arguments in favour of the possibility that reality is not held up by a stringent relationship of cause and effect.

To conclude, after firstly proving that an “if – then always” relationship regarding reality is at best a good hope for the sake of the predictability so essential to us, a postulate; then secondly showcasing that there might neither be a causality between reality itself and our perception of it; and lastly by suggesting that if reality is infinitely precise one could neither fully study and comprehend reality when still hoping for the first two arguments to be favourable, one can now quite confidently state that it is possible that reality and even our perception of it might possibly be accentuated by mere probability, even though this might be slightly unsettling at first glance.