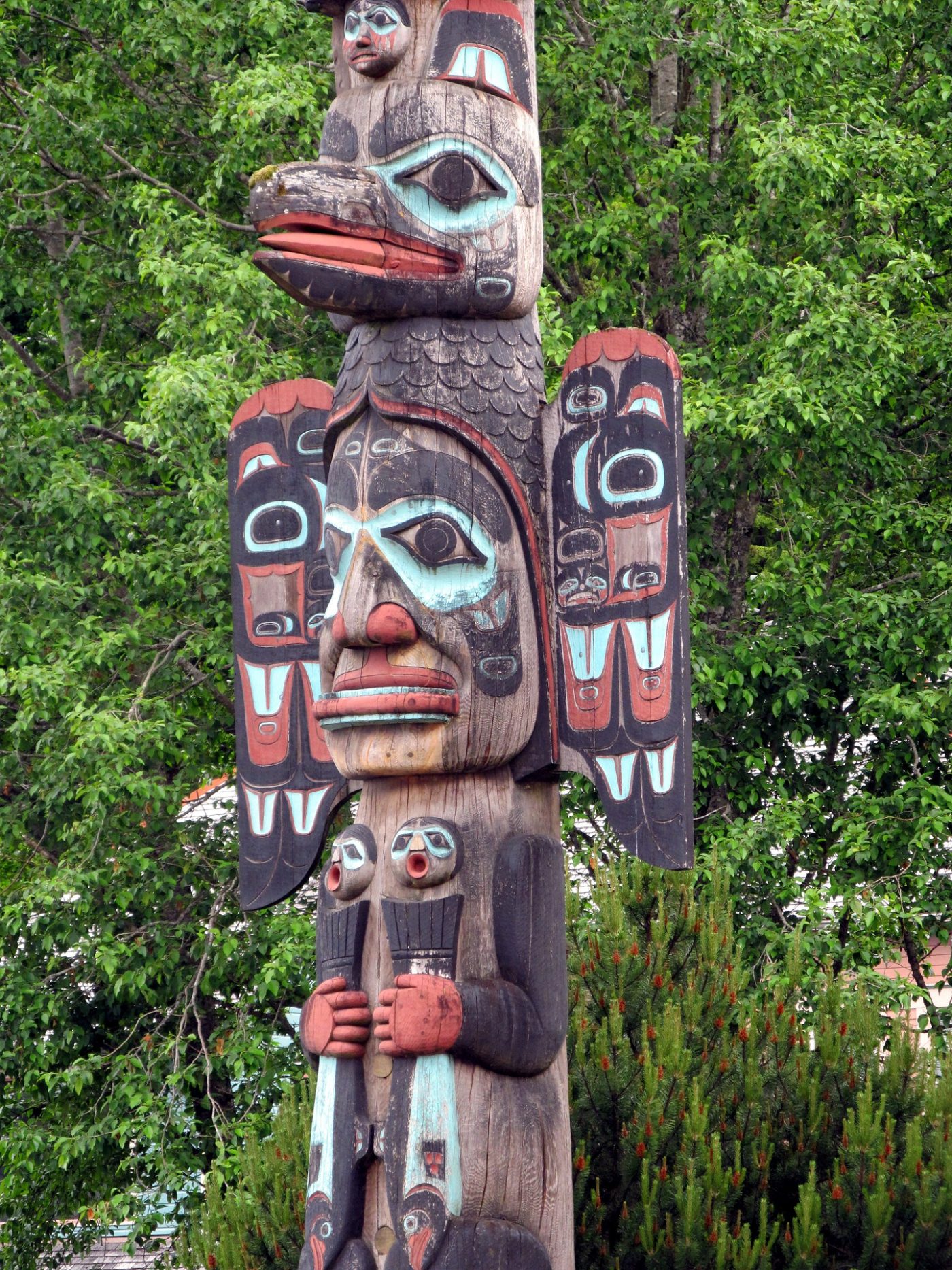 Hello, everyone!
Today, we would like to tell you a very interesting story, which the students of the International Baccalaureate’s World Arts & Cultures course got to know through an interview.

We had the opportunity to meet the Research and Repatriation Coordinator of the Haida Gwaii Museum online. His name in the Haida language is Aay Aay.

First of all, where are we?
The islands called Haida Gwaii in the language of their original Haida people, meaning the ‘islands of men’, are a Canadian archipelago located off the province of British Columbia in the Pacific Ocean.
The indigenous communities found on these islands are the Haida, the Tlingit and the Tsimshian.

At school, in our World Arts & Cultures course, we had the opportunity to study North West Coast Indian Art. But being lucky enough to hear a first-hand account about the legends, customs and culture of that place was much better.

You can listen to the entire interview online on Spotify.

However, in order to also enjoy the images of the presentation, we recommend watching some video clips of the most interesting moments here:

Aay Aay introduces himself and presents the Haida Gwaii Museum

The Potlaches, the Feasts and the Coppers

The traditional colours of art

Time for a few questions…